The Welsh firebrand Caradoc Evans was likened by London critics to Jonathan Swift or Nikolai Gogol for his uncompromising view of the human and specifically the Welsh temperament, which around 1900 was still in thrall to the puritan dictates of Calvinist Methodism.  His style was so pithy and his substance so shocking that he was virtually ostracized in his own country, where ‘his people’ had never forgiven him for showing up their idiocies, bigotries and hypocrisies in such damnably witty English, which even parodies the speech forms of the Welsh language. 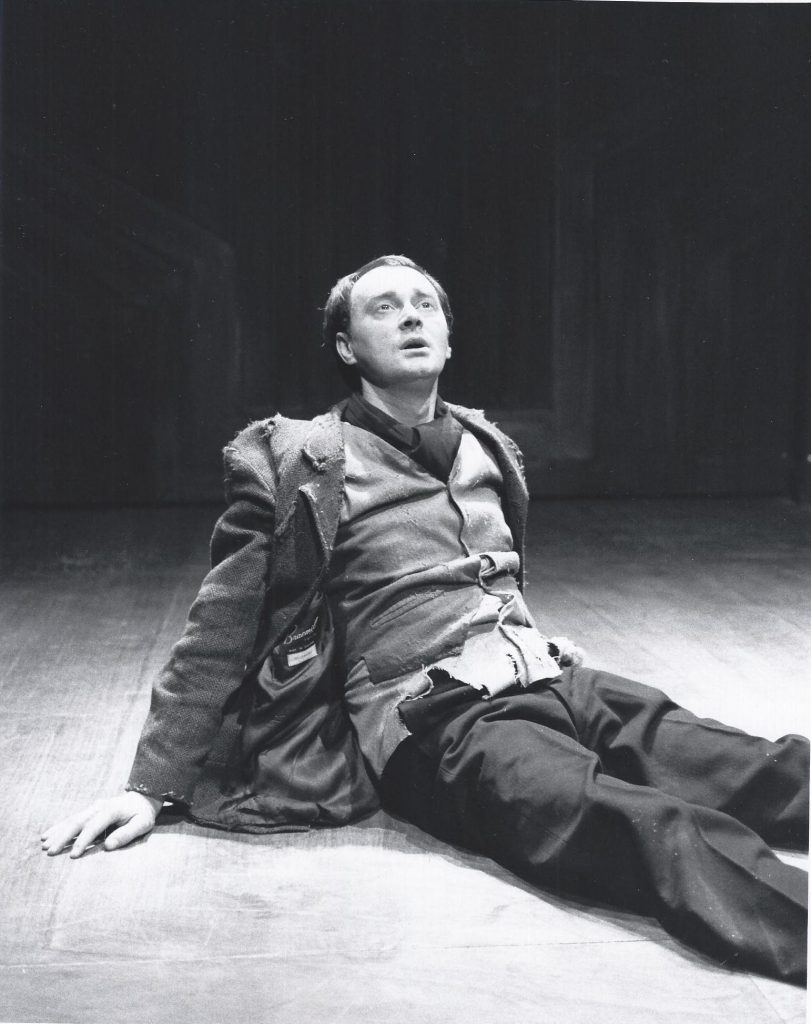 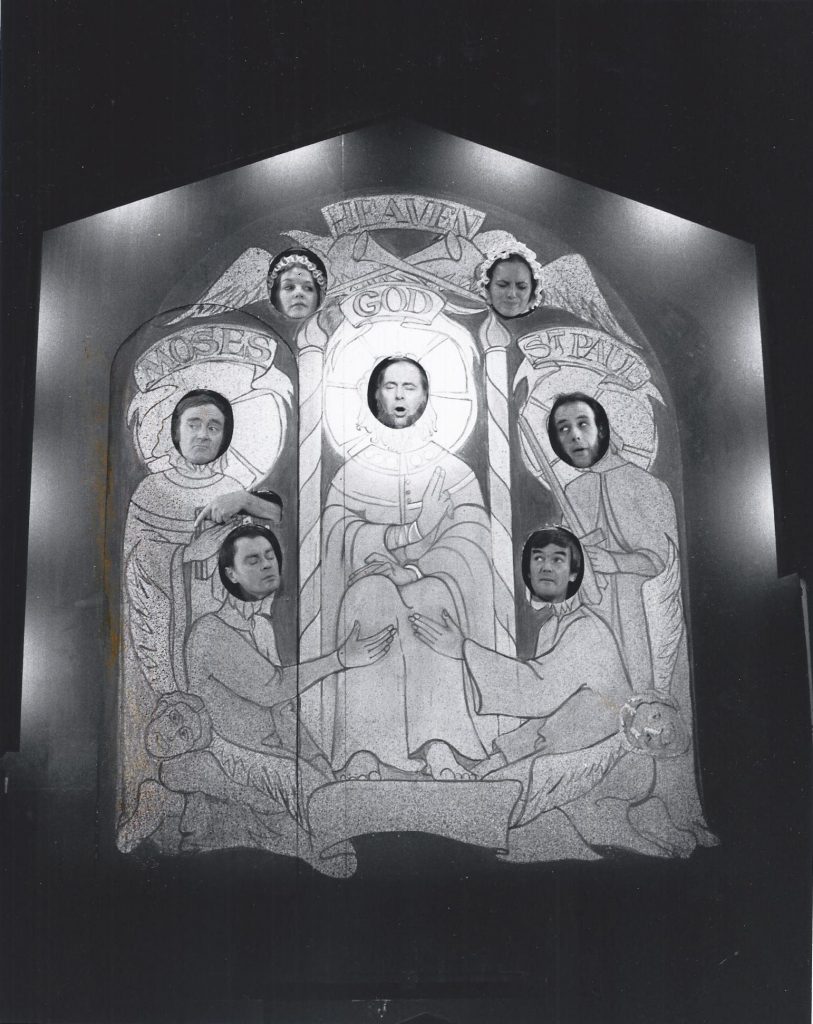 In adapting a selection of Caradoc’s short stories from the two collections My People and Capel Seion, Jones was risking the same fate, not least because Evans had lived and died just down the road from his parents’ home near Aberyswyth. Obtaining the performance rights from Caradoc’s obliging stepson Nicholas Barcynski was nothing compared to the struggle to get the play performed.

One feature of this thoroughly Welsh work was the permanent exchange between the mortals on stage and the deus absconditus with whom they were in regular and eloquent communion.  The modest-sized acting ensemble each doubled as local characters – sometimes more than one – and heavenly saints apotheosized behind the stain glass of the village chapel in an altarpiece devised with designer Peter Philips.

The first night of the play in Aberystwyth was packed and riots were expected.  But the first laugh released the tension and Caradoc has been loved in Wales ever since. 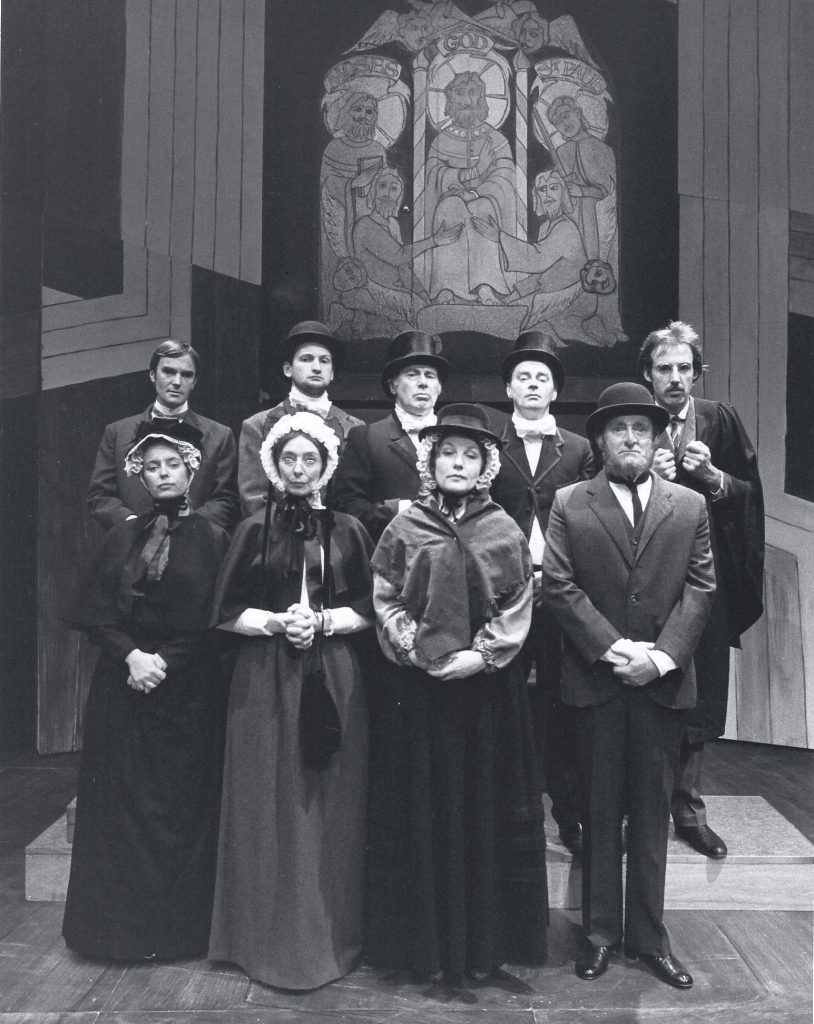