Two opposed families of migrant background and two warring businesses combine with the interlocking lives of a group of teenagers growing up in Leicester in the mid 1980’s. Each one-hour episode takes place one year further on, till the three-sided love story is complete and the kids leave school, for a variety of destinations.

Produced by Chris Parr and Executive Produced by Robin Midgley, Shalom Salaam was shot entirely in Leicester and at the BBC Pebble Mill studios in Birmingham. The biggest challenge of the multi-episodic shoot was to schedule sufficient time for the major make-up and costume changes required, since the younger characters alter radically in appearance from year to year in common with eighties fashion and style. The tight edit and intimate character studies are offset by a striking theme tune by Stuart Copeland and moody incidental music by Darryl Way.

Shalom Salaam is a delayed-shutter snapshot of where multi-cultural Britain appeared to be heading thirty years ago. Some aspects hold true. Others, perhaps, reflect a gentler society. One thing is certain: Leicester is still humming! 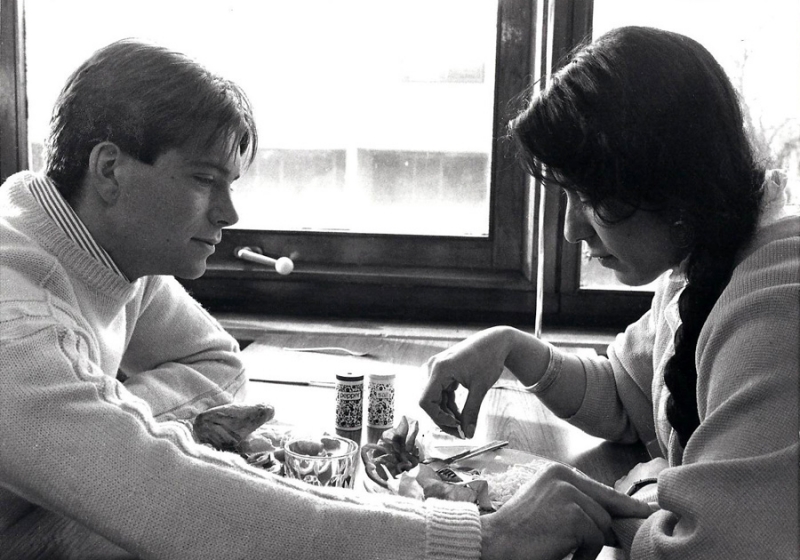