Still in his early thirties, Gareth Jones had directed just twelve episodes of Granada TV’s perennial Coronation Street – during which the largely original cast had noted his flair for comedy – when his producer Bill Podmore sent him the opening script of a new series by regular Street writers John Stevenson and Julian Roach.

BRASS was to become a cult hit, often repeated and still available on DVD, but the opening episode, read cold, was baffling. Set in depression Lancashire it opened with a two-page monologue and defied genre-definition. Comedy, by a stretch. Period, yes; costume, lavishly; dynastic, incontestably. But sitcom, not really; straight, definitely not. This was a genuine original by an inspired writing duo. Satire as it had never been done before.  Experimental and dangerous.  Ripe for failure.

Jones happily agreed to direct the launch with a pilot episode – if it worked, this would be his first big break – but he insisted on one condition: there would be no laughter track.  This was not to be a nudge-nudge, wink-wink collusion with the audience; traditional sitcom could only have defeated the complex mélange of pastiche, verbal invention and grandiose history.  The satire was to emerge through deadly seriousness betrayed to private laughter by its own exaggeration.

This was a highly dangerous strategy, almost without precedent. A sceptical Podmore stretched his credit with the boardroom selling it, but it was agreed.  Provisionally at least.  Jones had everything to prove.

Applying casting skills acquired in theatre and the insight of Granada’s senior Casting Director Doreen Jones, he dipped into his Prospect Theatre Company past to recruit stars of the classical stage Timothy West and Caroline Blakiston in the leading roles of a blazingly accurate cast, all of whom pulled their weight on screen. None was replaced after the pilot had been shot and assembled. No editorial interference was applied. No laughter track was added.  No corrections were made to the director’s cut, either then or in any subsequent episode.

The first series of 13 episodes was commissioned.  Followed by a second.  Jones directed all 26 episodes and produced the second series as well, allowing his patron Bill Podmore to take a back seat as Executive Producer.

Recognition was swift, with the Broadcasting Press Guild’s Best Light Entertainment Award of 1983 and BRASS won a large and devoted audience, despite widespread incomprehension and occasional protest. 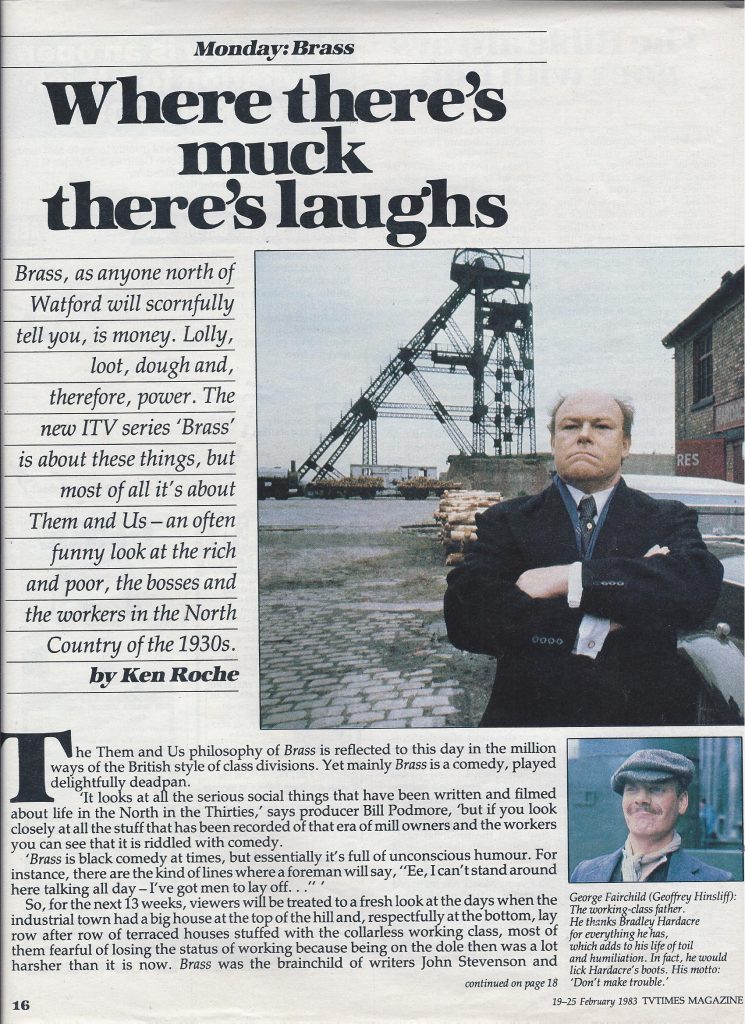 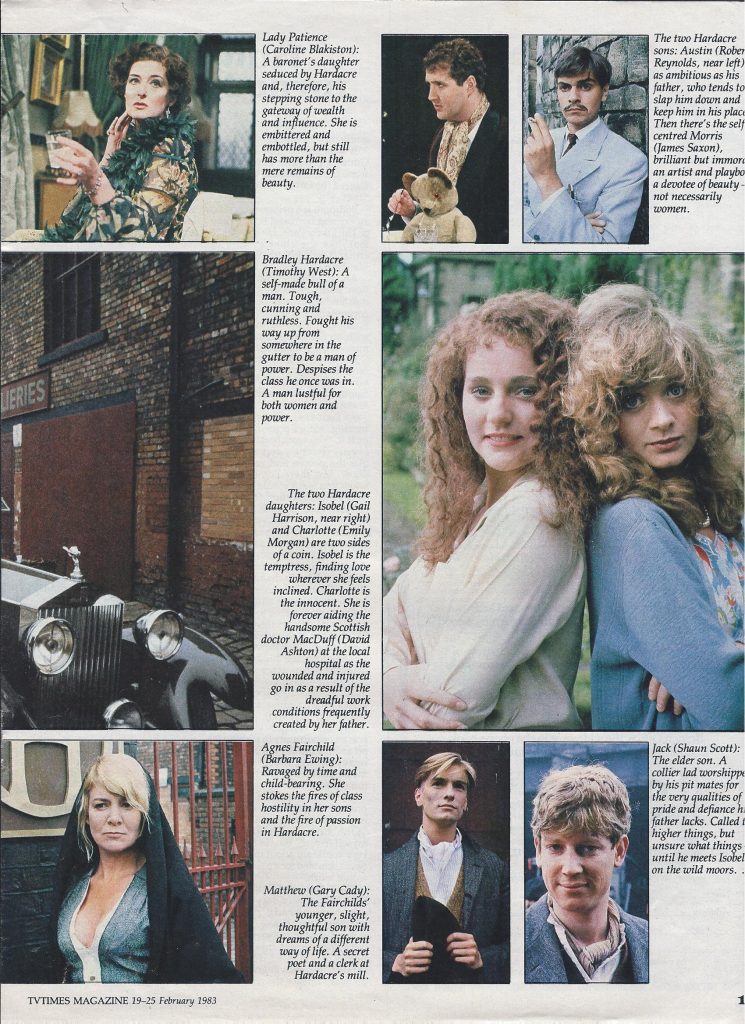