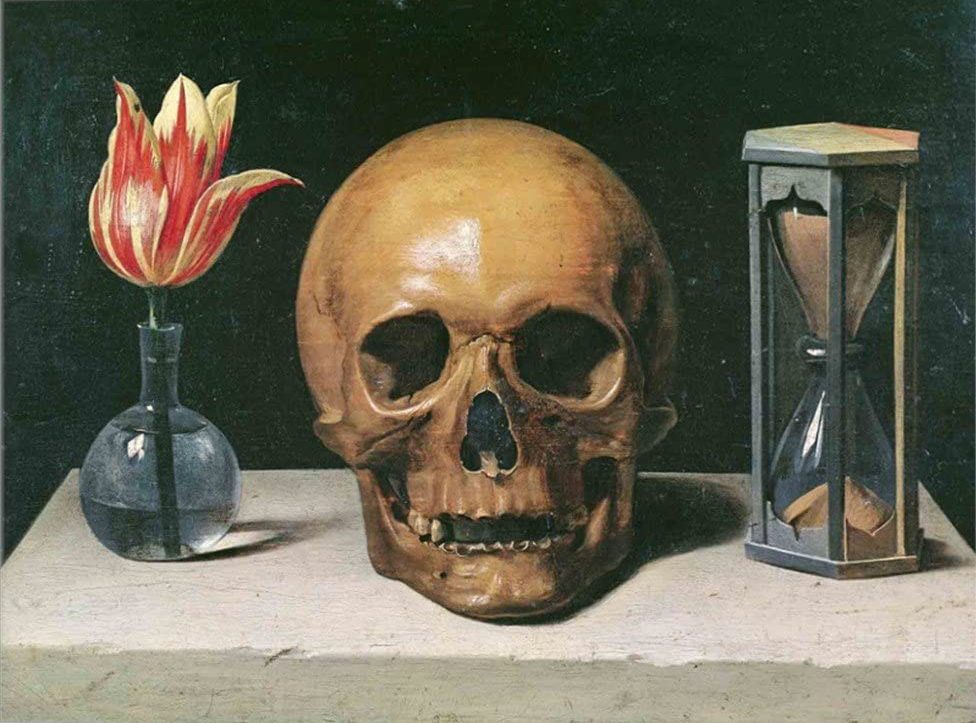 The doors slid open again and another consignment rolled inside. It was impossible not to glimpse the flames or ignore that whiff of burned toast from Sunday breakfast. The conveyor belt did its job effectively enough, with no indication which batch was which, the outbreak had been too sudden and too deadly. Coffins were out of the question.

She was glad, in a way, that it was so impersonal. One or two mourners sniffed or muttered prayers but most sat stony-faced, like herself, longing to be gone. It helped, that only one witness was allowed per deceased. Coping with relatives could only have led to hysteria.

It was fitting, in a way, she thought, that her aunt should be in there now. Auntie had come here faithfully, once a week, since Uncle died, while her legs would carry her. Her weekend outing.

“I’m off to the Crem!” she’d announce of a Saturday morning and sat for an hour or so beneath a small brass plaque, behind which Uncle’s ashes were stored.

It was Saturday, again, she realised. And there was so much to do.

The Will had not yet been opened but her sister had spread some rumour of ashes being scattered from a hot air balloon, back home, half way across the country. This was not her thing. True, Auntie had died on her watch but she had also made her life a misery. Her cash had run out, the care home had lost patience and declassified her – Auntie was as fit as a fiddle, they’d decided – the family’s paying guest room had had to be vacated to make room for her and money had been lavished on nursing help. And on top of that, she reminded herself in a burst of righteous anger, Auntie had the nerve to complain about my daughter!

“Just gate her, lock her in her room!” she had fumed, as if she personally held the keys to heaven or hell. “The young should be curfewed. What’s it to them if they lose a year or two, they’ll recover, bounce back. Look at me, I’m old, I’m at risk. No one ever thinks of the old.”

“No Auntie. I can’t think why.” But no sarcasm could have reached her through the clutched handkerchief. She had loved the kid, in her way, but the pandemic had stretched the generation gap to snapping point. It was a mercy when dementia struck and the end was finally in sight.

So let us accept, she said to herself as an immense rush of wind billowed the curtains that nominally hid the crematorium ovens, let us accept for the sake of argument that the kid most likely brought the unmentionable into the house – it certainly wasn’t me, I never open the door, except for deliveries and only once they’re left in the porch – and Auntie probably caught the thing straight off her, her room being closest to the front door where she didn’t have to climb the stairs. Was I really to stop my own daughter going to work, seeing people and yes all right shagging her pants off with that iffy young man who was probably asymptomatic and gave her the thing in the first place? If not him, it would only have been someone worse. All very well for Auntie, she never had a sex life in the first place and didn’t know what she’d been missing, Uncle never told her. But how could I – me of all people – with the teenage flings that I had and my twisting twenties and hippie thirties but we’d better not go there with the car key swaps and anyway… how could I honestly tell the kid she should stay a virgin till she was forty and keep her legs crossed in the cinema…?”

The old die, she muttered to herself. Gotta die some time, she coughed, as the flames got out of hand, the curtain caught fire and the congregation suppressed a scream. “They are with the Lord!” intoned the multi-faith preacher, as the attendants threw buckets-full of water over the front pews. “Drinking the waters of eternal life.”

She wondered, belatedly, if that smell of roasted flesh was infectious, and joined some of the others in the Chapel of Rest, where they sold dry roasted coffee. The machine swallowed her coins, so she waited to be told what to do. They made her sign a release form and an optional condolences album. “Bye bye Auntie”, she scrawled and noticed that cough again. “Be seeing you.”

Finally an attendant approached pushing a trolley-load of neat plastic boxes. They were warm.

“With our respects”, the attendant smiled unctuously. “Your loved one’s ashes.”

“Which one?” she snapped. This was the question she should not have asked.

The attendant appeared to examine the identical plastic casks and helpfully passed her the first that came to hand. “With our sincere regrets. The regulations, you know…?”

She coughed again, nodded – she knew a thing or two about regulations – tucked the cask under her arm and took it out into the rain, to Uncle’s plaque. Someone had cleared a space beneath the brass and scratched in crude letters “And his wife”.

Must’ve been Auntie, she thought. But no, she’d had no inkling. Or had she? The Crem had no time for engraving nowadays, far too busy. Must’ve been the kid. Her graffiti art. She doted on the old girl and meant no harm.

With a sudden lurch she felt tears rising from the pit of her stomach, prised open the plastic cask and stared at the contents, wondering what part or percentage of the contents might once have been Auntie and how to acknowledge the other poor sods who were mingled with her. As the rain dripped off her cheeks, one corner seemed darker than the rest and she decided to call this Auntie.

She laid out the dark patch in a decorous garland beneath the plaque, just out of the rain, tipped the remaining ashes into the flower beds and brushed out the occasional fleck with her damp cashmere shawl. The plastic cask would come in handy. Renewables were precious.

At home, her daughter was in bed with her beau. She had a temperature, but nothing to worry about. She was pregnant, she thought.

What would Auntie have said? She sighed, flicked the thermometer viciously and jabbed it under her tongue.

It showed a high fever.