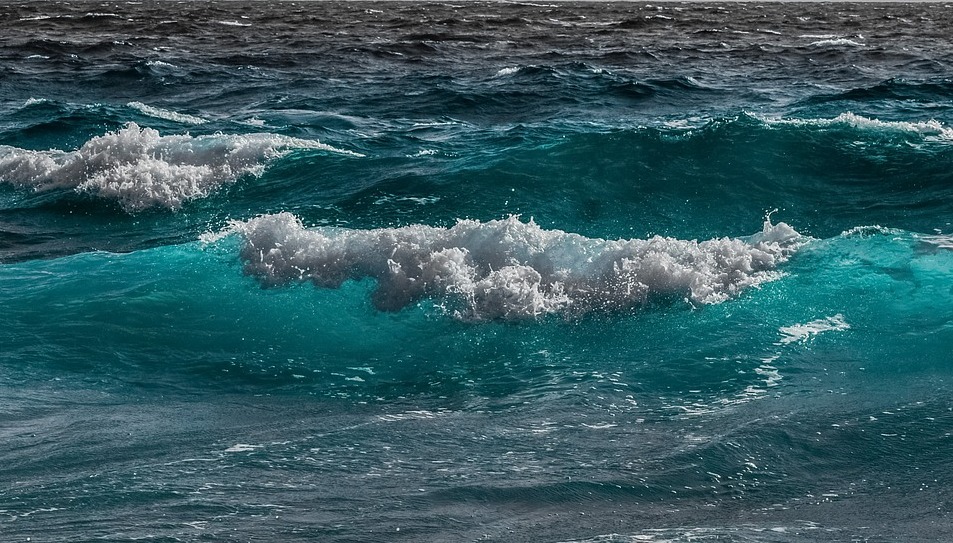 The spray stung his eyes, rising in the searchlights as the speedboat bounced the waves, beating over his windscreen.

Baby’s kicking. Where are you, lover?  He stabbed it off.  He wanted no GPS.   No tracking here.

The scratch crew were getting restive.  His sullen mate grunted they were leaving coastal waters.

He glanced over his shoulder.  The girl was still watching him, tucked into the rounded prow of the inflatable dinghy, twenty-odd soaking passengers behind her, backs hunched, staring at their feet.

He had picked them up that afternoon – they were taking on water – and towed them into harbour, where all hell had broken loose since the morning shift had sailed.  The local militia had torched the sprawling internment camp, claiming it was a health hazard. ‘Virus! Virus!’ they chanted.

‘What d’you think you’re doing?’ the Boss screamed from the jetty, before he could even dock.  ‘Do you want them all lynched?  I’ve got the Ministry yelling at me!  Take them back, before they can land!’

He had beached the dinghy at a nearby cove.  They didn’t get further than the cliff top.  Vigilantes were watching day and night.   One of them had reported him.  Insubordination.  He was for it.

The girl reminded him of someone.  Her frozen nipples shivered against her soaking blouse.  Where were they from?  Why did they come here?

Too many people in the world, he told himself, and now he was adding to them.  Baby’s kicking.  If it was his.  Lover maybe but he wasn’t the only one, he knew that.  She was half his age and twice as smart.  She’d fleece him and move on, his mother had said before she died.

The girl stealthily raised her blouse, then the baby in her lap.  It wouldn’t suck.  No milk.  She couldn’t have eaten for days.  Why risk the crossing?  Just because coastguards like him would rescue them?  He was a fool.  And it was their fault.  He hated them for showing him up.

A first glimmer of light up ahead touched the clouds rolling in from the west behind her head.  A gust of wind chased them onwards.  The storm was overtaking them.   His crew exchanged glances, primed their weapons.  They’d soon be into foreign waters, his mate warned him.  Time to turn back.

He flicked off the engine.  A faint stir in the dinghy.   Restlessness in the crew.

The speedboat’s sloping stern would slide the dinghy off with one shove.  They could row back to where they came from, that was the intention.  His own men would have refused, the inflatable wasn’t fit for a paddling pool.  Hence the substitute crew.  He recognized none of them, except the mate, who was keeping an eye on him.  No friends.  No orders.  Nothing written.

The leaking dinghy would never make it.  And that was the plan, he realized now.  They would be washed up somewhere, bleached bones, a warning to others.  Times had changed since the heady days of caring and compassion.  Too many had come already.

The girl gazed at him, rocking her baby.

And when they were found, there would be questions asked, and he would be court-martialled for abandoning refugees, for he had brought them ashore then cast them adrift, and his crime would exonerate the state from breaching its obligations to prisoners under the Geneva Convention, though everyone would understand this was a show trial, a coded warning to anyone minded to follow.  Stay away.  Or your life is forfeit.

No one leapt to assist him, they knew the score.  His mate took the wheel.  He knelt to push the dinghy and his hands slipped against the soaking rubber.  The girl stared at him, inches from his face.  She was like his daughter.  His fist closed round the tow rope.

The water closed round him and he welcomed it.

Then hands reached through the watery darkness and grabbed his hair, his clothes, dragging him into the bilge-ridden dinghy.

The girl handed him a paddle.