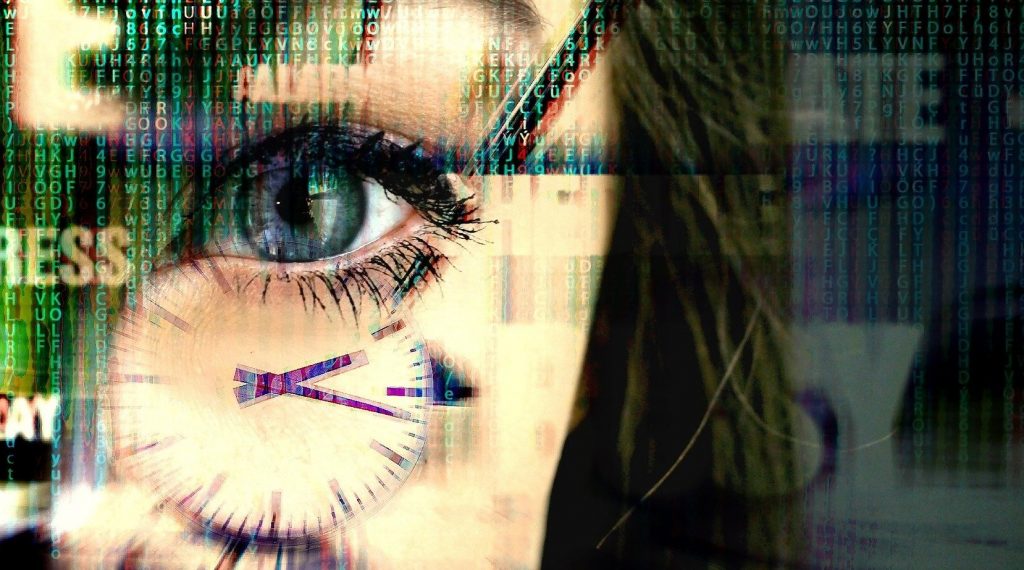 Her screen was full of news alerts but a flashing button somewhere to her lower right field of vision told her – or could have told her – that her sister was lodging a request to speak to her.

She wiped it aside and drummed her fingers, her pulse was rising as the reports came in.  The Americans were there first but East Asia was up in arms and London didn’t like it either.

That button again. Couldn’t she take a hint?  Little sister had hung up and was re-applying. With a stab of the cursor she accepted. “What is it, I’m busy there’s stuff I have to catch up on have you seen the East Asian news? Please give me a break I’ll call you back when I can.”

The suffering in East Asia was unbearable, the news came through in terrible waves, one anchor man after another – yes, the men! – stifled by that frog in the throat.  Survivors were being dragged from the rubble but the dead and dying were everywhere and the living didn’t have much chance either, that was clear from the drone shots.  Meanwhile the US President was taking cover in platitudes and ignoring pleas for clemency as the clock ticked down to that disgraceful execution of an innocent woman.  And as for the stock markets…

The button flashed again. How could she? Wasn’t it clear from the airwaves?  “What is it?”

Something thudded inside her brain and she returned to the screen.  “Damned care home.  I told them, I told them to look after her!”

The screen showed a mother weeping over a dead child.  “Look, there are people everywhere who… Oh Jesus…. She’s shot herself.  She’s actually…  Oh no, on camera and …. Oh Christ it’s to weep for. Why can’t they…”  She howled, the tears gushing down her hot cheeks.  “Why is the world so bloody fucked up?  Why am I so useless?  Look I’ll deal with the care home, okay, I’ll take them to court, when’s the funeral?”

There was a pause. She sighed. “Well look, with the alzheimers and the costs…”

The children’s channel showed a rabbit hutch, guinea pigs, whatever. A childhood memory stirred but it was too personal.  The Welsh eat rabbit, she’d heard, it was disgusting.

“I’m offended, know that?  I got it the first time. Yes, yes, I love you too.  Yes of course I did, she knew that.  Jesus have you seen the refugees?  Who cares about them, who cares?!”

“The pandemic rapidly became unbearable”, he wrote. “But not as unbearable, for many, as the precautions put in place to avoid it…”

Your brother is calling you urgently, flashed a line across the top of his screen, interrupting his train of thought.

“…measures which dictate the way we live today.”

Will you take this call?

Damn. This was his quality time. His wife was out shopping. The baby was asleep in the top left corner of his screen. He had to get this done.

“Have you seen the news?” said a crackly voice from the other side of the world.

He flicked off the line. Local was not his thing. He was a historian. The news interested him only as future history.  But he was also a commentator and it was dangerous to stay online.  He had studied the fall of the ancient USSR in enough detail to know what samizdat meant.

“It is hard to remember that before the pandemic the average citizen could shop without an identity card and share a joke with others in the queue.  Surveillance had only just begun and static cameras were crude technology with no automatic pursuit thread; facial recognition was in its infancy and unreliable; self-ident implants had barely been thought of.”

He did not wish to discuss the news.  His brother had emigrated to avoid deportation and was surely being watched. The call would be monitored. Any news he had heard would be a lie. It was dangerous nostalgia to indulge in it – just what the powers wanted, it hit you from the instruction screens at every street corner.

He disliked orders. Besides, the baby hadn’t stirred for an hour, allowing him to indulge his forbidden passion: thought – a pastime officially discouraged in favour of sex and hard to share online without discovery. The autumn evening drew in, as he analysed how today’s militias had taken hold by enforcing the rule of self-isolation and how home had replaced the workplace as a de facto prison. His followers were dipping in and out, as safety demanded, and even his wife would be receiving him. He wondered vaguely why she had been delayed and the baby still had not moved but nothing impeded the flow of his burning intellect.

Until the knocking at his door.