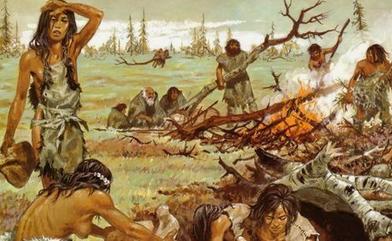 The others rose as he entered the cabinet room and so did she.  Routine always helped.

His chair scratched its heavy metal wheels on rutted parquet as he dragged his flesh to the table.

They sat, a well-drilled cohort, and kept their heads down.  She pretended to study the printed agenda.  Nothing there that presaged what was to come.  No mention of education, thanks be to whatever tutelary spirit watched over the augur’s office.  Schools were overflowing, universities were empty, but that was not her fault, the pandemic had returned and the country was broke.  The student demonstrations were not her portfolio.  Nor were the food shortages, the power cuts, the repossessions, the border queues. Nothing to worry about.

Something hit the table and she raised her eyes to see the slim volume he had just flicked onto its mahogany inlay spinning in its way in her direction.  Instinctively she raised her palm to stop it.

“Ah.  Well held.”  The buried rage killed even its own lame stab at sarcasm.  “So you saw it coming.”

The saliva froze under her palate, capturing the taste of stale radiator oil that always reminded her of primary school.  Central heating had died with the power cuts.  Oil was a privilege.

“Page Six,” he drawled, with the exaggerated patience of the school master wielding a cane.

It was an Early Years text book.  History.  Standard issue.  Found in every classroom.  She had vetted it herself.  A harmless sequence of sentimental tableaux.  She fumbled, her fingers stiff in their half-mittens, found Page Six and gazed in terror as she realized she had no idea what she was supposed to have done.   “Well?”

It was a pastel sketch of primitive tribes wandering across fertile savannah.  “What do you see?”

“Ancient history, sir,” she blabbered. “Our ancestors.  On the move!”   She waved her clenched fist, the way he did, but the hint of pastiche fatally blemished her patriotic enthusiasm.

“Walking?!” he snorted, with fake mirth that her colleagues appeared to find infectious, echoing the offending word with barely camouflaged hilarity. “You think they came here on foot?”

An intimation of the charges to be levelled against her lurched into her bowels but this didn’t help.

“There was no sea, sir. There was just land.”

His eyes lit up with contempt, as if she had just said the most stupid thing anyone could imagine. He flung his arms out at his male colleagues, inviting them to share the fun, and they did.  Then he silenced them with a chop of his hand.  “This country is an island!” he hissed.

She struggled for a soothing riposte but found only the truth.  “At that time, sir, towards the end of the ice age, sir, our country was joined to the mainland.”

“Well… yes.  It belonged to… I mean it was attached to… It continued from the mainland.”

“Is this a conspiracy?”

As one the cabinet swivelled away from her, eyes flailing for more victims like scythes on chariot wheels.  This was going to get bloody. “After all we’ve been through to regain our independence, the hopes, the sacrifices, the struggles, you’re telling me we were slaves in the first place?”

He lowered an invisible trident at her breast.  “So what changed?  Did the sea appear from nowhere?!”

Again they laughed.  How ridiculous!

“Not from nowhere, sir…”

“A tsunami, perhaps, from thin air?”

The hooted the foreign word.  She dried. “The ice caps…”

She knew she was venturing into heresy.  Her next words would seal her fate.  She tried to say ‘melted’ but her lips wouldn’t meet.

He threw down his pen with a weary “You mean climate change”, the tired sympathy of the inquisitor at the rack.

“No!  No!!”  Climate change was not permitted. Any reference to it was ideologically unacceptable,   she should have seen this coming.  But was it her fault their capital city was half under water with melting ice cap?  Why should she take the rap for calamity long predicted and just as long ignored?

She rowed back as vigorously as she could, perhaps she could still outstrip the tidal wave.  “No sir, the sea was always there!” she chirruped. “It’s just… it’s just the artist has chosen to show their happy arrival on dry land!”

“You mean they just walked in?  And no one stopped them?”  The room fell silent.  This was serious.

“The boats, the boats… No no not boat people…”  The dialectic was outrunning her rhetorical skills but she knew there was no turning back.  “They were migrants, sir!”  Her heart pounded.  Another gaffe.  How could she?!

“Migrants?”  His mouth trembled with affront. “You call our ancestors migrants?  Illegals?”

A stifled groan ran round the table. Terror came to her rescue.  “No sir!  The next picture shows our ancestors bravely resisting illegal migration!  Look, if you turn the page you’ll see the border posts!”

The new picture showed legionaries atop crumbling ramparts, resisting barbarian hordes sweeping in from the sea.  Our ancestors had been the barbarians but it did not seem essential to explain this.

He grunted, enjoying the story. “This country has always been an island.  I want that page removed.”

“Of course sir,” she bleated, drawing her heavy cardigan closer and buttoning the mother-of-pearl. “We’ll cut the ice age.”

A flicker of suspicion crossed his face, as if he felt he had missed something.  She turned to her Number Two, a callow youth barely out of short trousers, who was cowering behind her chair. “Page 6 out!” she barked. “All headmasters!  With immediate effect!”  She clapped her hands and he fled, grateful for the suicide mission.

“So now then… ” The room settled down to business as usual, the worst behind them, as they thought.  But he slowly rounded on the Interior Minister diagonally opposite, who had been enjoying the show and seemed disappointed it had ended so well.  “So.  Border posts.  Explain yourself.”

The minister went pale.  She buried herself in the history book.  It was quite a good read.