Pitch 2: Denis Reichle – In the Grip of War 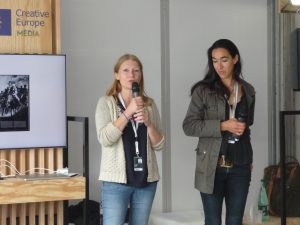 A perceptive witness to his time, the photojournalist Denis Reichle died on 5 October 2014, having lived an
extraordinary life.

From Cambodia to Angola, Afghanistan to Nicaragua, he captured moments when humanity opens its arms
to barbarity and ideology is transformed into a force of evil.

His images have been seen around the world.

He left behind him an astounding quantity of black-and-white photographs, videos and travel journals
accumulated over fifty years, a fascinating archive to which filmmaker Fanny Spindler has unique access.

By retracing his journey, In the Grip of War allows us to enter into the daily life of a keen observer of armed
conflict post-1945, who was always drawn to the front line, indifferent to danger.

Denis Reichle was a tireless traveller, a war correspondent as discreet as he was intrepid, a pragmatic rebel
with a vibrant humanity who kept his own dark side to himself.

This film explores the personal destiny and memories of this larger-than-life, unclassifiable character who
grew up as an orphan in Alsace, and whose childhood was stolen from him.

« A life is worthless, yet nothing is worth more than a life» André Malraux Les Conquérants (1928)

Developed with the participation of: