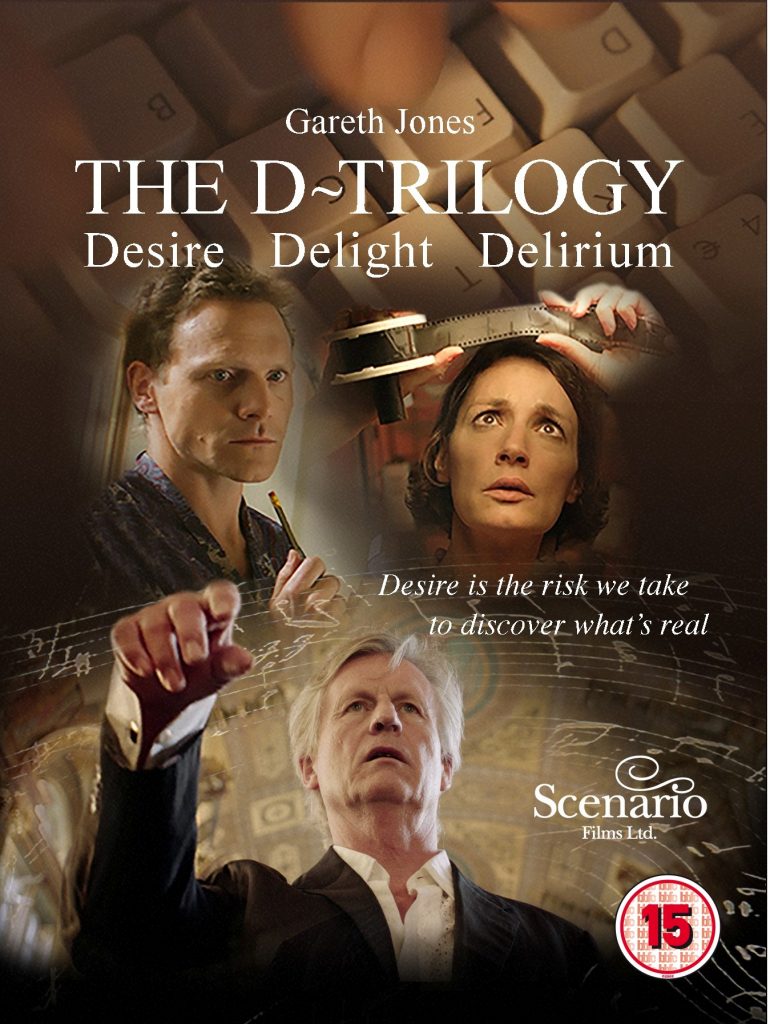 The DVDs of DESIRE, DELIGHT and DELIRIUM each include stereo and 5.1 sound options, trailers and making-of documentaries. A fourth disc ‘The Creation of a Trilogy’ aims to give a closer insight into the film-making process, including articles on writing, directing and composing, production documents such as scripts, schedules and press kits, plus protected access to previously unreleased video interviews and the ‘D-Trilogy Compilation’ screened at the House of Commons launch. The disc also includes DELIRIUM soundtrack Requiem For the Living.

To celebrate the release, we’re sharing photo galleries on Flickr of all our favourite behind-the-scenes pictures from the filming, as well as movie stills, marketing and launch photos.

Through separate, thematically related narratives the D-Trilogy conveys a startlingly varied overview of the current state of society, ranging from the film and television worlds to academia, the classical and popular music scenes to media politics by way of migration, war reporting, rural deprivation and the deeply divided class structure renewing itself by means of immigrant cheap labour. 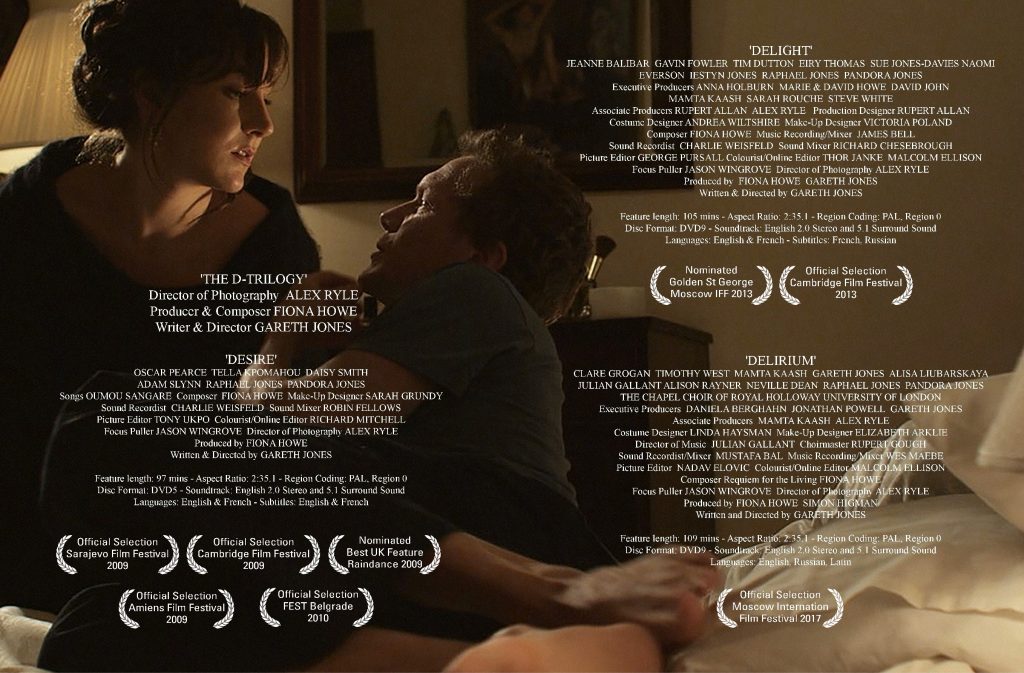